Tandem and the FDA have announced that Control - IQ is now cleared in the United States.

Particpants who used the new algorithm spent an average of 71% "in range" time - per day, compared to 59% for sensor - augmented pump therapy users.

The trail followed 168 participants between ages 14-71 for 6 months.

The treatment effect was evident in the first month and consisted over 6 months.

Time in range improvement was observed at the end of the trail period after 6 months for a wide range of Hemoglobin A1C (HbA1C). 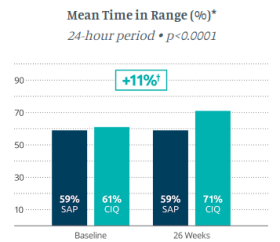 How does it work?

Control - IQ aims to keep it's users in the recommended blood glucose rang as much as possible, employing numerous strategies when the predicted GCM value is; 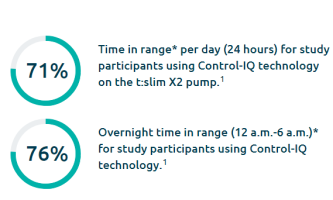 Control- IQ offers an exercise mode that increases the range to 140-160 mg/dL in effort to prevent an occurence of hypoglycemia during or after the work out session. 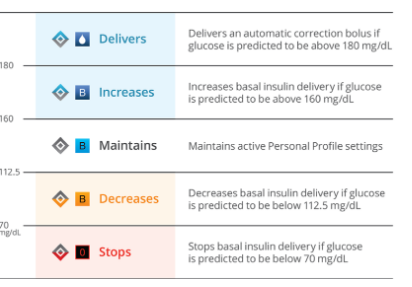